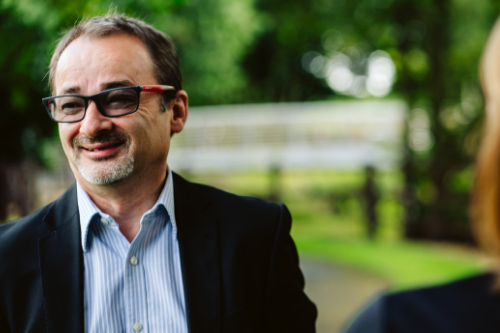 Specialised supported housing (SSH) is a means of providing much-needed supported living accommodation without capital grant. The vast majority of SSH tenants have a learning disability or autism, and yet, despite its huge importance to this client group, as a delivery vehicle, SSH has come in for a lot of very negative publicity over the last few years. In all the chatter around governance and business models, do we risk losing sight of the real history and purpose of supported living? Our own experience may help put the current debate in context.

Why is SSH needed?

In 1996 Progress Housing Group developed its first supported living scheme for tenants with a learning disability. It wasn't called SSH then (the definition first emerged after 2002 when the regulator introduced its new 'rent convergence' rent-setting framework), but all the ingredients were there. The tenants concerned had very high support needs; there was no grant available, and the scheme had the enthusiastic support of service commissioners. In this case, the lead commissioner was a health authority enabling residents with a learning disability to move out of the hospital ward where they had been living and set up their own home, with support, in the community.

The relatively high capital cost and the absence of grants meant that rents were higher than ordinary social rents. It quickly became clear that the demand was huge and, over the years, Progress Housing developed a large portfolio using the SSH model. The government's housing capital grant system simply could not cope with the scale and pace of development required.

In the early days, most demand came from hospital closures and care home closures. There are still too many people with a learning disability living in inappropriate settings such as these, but the demand has changed.

Now, most of our new tenants come from other supported housing settings which no longer meet their needs or from families. Often this means older parents looking after children but desperate to make sure that their loved ones have a safe and secure home for the long term, knowing that their own time is limited.

So, what would have happened if SSH didn't exist?

Cost savings are important, but are they the real measure of success? We don't think so.

Neil has complex learning difficulties and autism. He lived with his parents until it became clear that he would need more care and support than they would be able to give in the long term. From home, he moved into residential care, but very quickly, his father noticed a substantial decline in his wellbeing. He became frustrated and unhappy, not least because of the behaviour of other residents in the home. Unfortunately, it then took five years for all the professionals involved to agree that a supported living tenancy in the community was the best solution.

Neil moved into his new, semi-detached home with Progress Housing Group in February 2010. He receives round-the-clock care and support, and his father made sure that he was closely involved in selecting his care provider, attending all the selection panel discussions.

It has taken him some time to adjust and to build up trust, but he is now happy and is thriving. He loves living in the local community where he grew up and gets out every day, often in the mobility vehicle he now has at his disposal. He loves visiting nearby wetlands and parks to feed the birds and enjoys shopping and visiting the pub for a glass of coke. Neil's father says that he now calls where he lives his home. That feels like success.