Kirsty's blog - What Windrush means to me 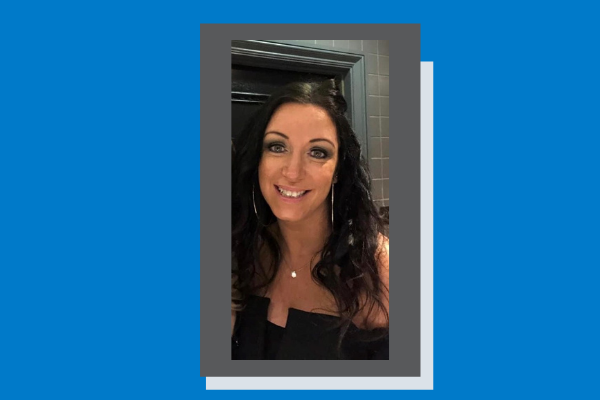 Our Head of Operations (Homes and Opportunities), Kirsty Ellis, shares her family's experience of Windrush.

The 'Windrush generation' refers to people who arrived in the UK between 1948 and 1971 from Caribbean countries that were part of the British Commonwealth. In 1948, HMT Empire Windrush brought over one of the first groups of post-war West Indian immigrants to the United Kingdom, carrying 1,027 passengers and two stowaways on a voyage from Jamaica.

The arrival of Empire Windrush at the Port of Tilbury, near London, was a landmark event. Marking the beginning of post-war mass migration and changing the UK's social and multicultural landscape forever. Enticed by the prospect of long-term job opportunities and prosperity, Caribbean men and women crossed the Atlantic in response to adverts for work in an attempt to tackle Britain's labour shortage crisis after World War Two. Between 1948 and 1962, Commonwealth citizens were allowed to settle indefinitely in the UK with no restrictions. Many were hired to work in essential industries such as public transport and the NHS.

The Immigration Act 1971, which came into force in 1973, put an end to significant migration to the UK from the Commonwealth.

Recently, it came to light that many of the Windrush generation have been threatened with deportation, blocked from accessing NHS treatment, lost their jobs, and made homeless – despite having lived, worked, paid taxes, and raised families in the UK for decades.

This is a consequence of changes made to immigration law in 2012, requesting people have documentation to prove their right to work, rent property, or access state benefits, including healthcare. These changes created confusion in terms of the legal status of the Windrush generation; many minors who arrived in the UK before 1962 came in on their parents' passports and didn't have any immigration documents of their own.

In 2010, a Home Office whistleblower revealed that thousands of landing card slips recording Windrush immigrants' arrival dates in the UK had been deliberately destroyed. These arrival slips could have proved essential evidence for the Windrush generation's right to remain in the UK, as they would have confirmed that they had moved to Britain before the 1971 Immigration Act was passed.

In 2012 the Home Secretary promised a 'hostile environment' for illegal immigrants. Stopping migrants from receiving access to the NHS, welfare services, employment, bank accounts, driving licence, and rented accommodation; unless they could prove their right to be in the UK. These requirements were made even more stringent in 2016, and consequently, hundreds of those from the Windrush generation found they had not got paperwork to prove they had lawfully been in the UK for years.

In April 2018, Home Secretary Amber Rudd apologised for the "appalling" treatment of the Windrush generation. Rudd, set up a task force to resolve the immigration status of those affected, granting them citizenship papers and waiving application fees, and awarding compensation.

Now, I have to hold my hands up and say that up until 2014 I had not heard of Windrush or had any understanding of the Windrush generation. It wasn't until I was invited to a local event to celebrate the journey of the Windrush Generation elders that I heard about this historical event.

Whilst the event had started small, with around 100 people in attendance, it was really nice to get to know new families and make new friends. The event has been so successful that every year, it has got bigger and better, with approximately 2,000 people now joining, moving to Vernon Cricket Ground in Penwortham, South Ribble. It is a fun-filled day of celebration with dancing, music, food, entertainment, and sports. Special attention is given to the elders of the community, recognising that we wouldn't be the community we are today if they had not made their brave journey over to the UK. There really is no better way to spend a Sunday afternoon.

The annual celebration has not gone ahead this year, but I will be sharing the date with you all in the future in the hope that you might join us. It would be so great to see you and your families there.

If you have time, please Google The Unwanted – The Secret Windrush files and watch the documentary by clicking this link: https://www.bbc.co.uk/iplayer/episode/m00068sk/the-unwanted-the-secret-windrush-files