Rachael's blog - Pride is a protest AND a party 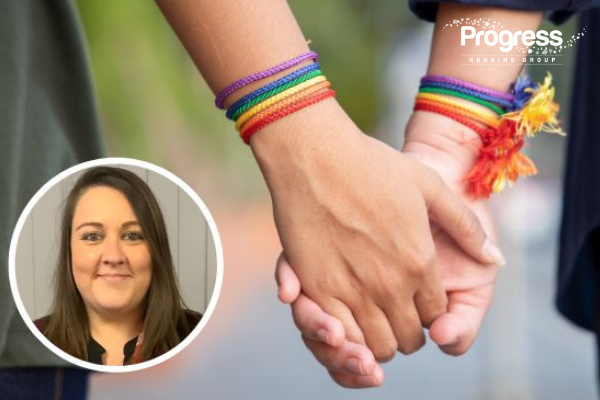 ​Rachael's blog: Pride is a protest AND a party.

When I was in school, Section 28* was going strong, so there was a little-to-no representation of the LGBTQIA community, which meant I could never really identify with anyone I saw in the media (unless we count 'that' Brookside kiss)!

Whilst there was nothing out there for me to see, I never registered that as a negative – I'd had a relatively easy time coming out with family and friends, so I moved through my queer teenage years with a certain degree of ease.

A Preston girl, I was happily immersed in the limited gay nightlife, which consisted of one gay bar and one gay club. Going to Manchester was an annual venture, and I always found it quite overwhelming with the sheer amount of bars, clubs and people. I generally stuck to my safe and quieter scene in Preston, occasionally mixing it up with a trip to Blackpool!

At that point in my life, I never really understood or appreciated the struggles of the queer community, and I didn't identify with the saying 'Pride is a protest, not a party'. I didn't know what Stonewall was, I had no experience of homophobia, and I certainly was not aware of the history of our community. My first few Pride visits consisted of long days and nights in bars and clubs, watching the parade and drinking too much.

But, as time passed, I learned that I had missed the point of Pride altogether.

It's hard to recall when my eyes were opened to LGBTQIA history. However, I clearly remember what did it – a documentary that Radio 1 DJ Scott Mills hosted called 'The World's Worst Place to be Gay'. Scott visited a country and reported on how the government and the general population dealt with the gay community. I could not wrap my head around the fact that it was ok to publish papers with pictures of 'suspected' gay people and entice people to kill them on the street like animals. I remember the feeling of helplessness watching this, which has stayed with me for so many years, along with a certain amount of guilt for having it so easy.

From then, I opened myself up to understanding our history. I've developed an enormous appreciation for the people who have sacrificed their privacy, time, and, sadly, in too many instances, their lives.

The last Pride I attended, I was lucky enough to be invited to be a part of the parade. What an experience! Walking the parade and seeing so many hopeful, supportive and happy faces was brilliant and overwhelming – even the standard picket of people holding homophobic signs didn't bring anyone down.

Pride means so much more to me now than it ever did. Whilst the partying is fun, and I love celebrating my community, I am forever reminded of our history and the crusaders that paved the way for my freedom to love who I want to love.

Pride is a party AND a protest.

*Section 28 was a legislative designation for a series of laws across Britain that prohibited the "promotion of homosexuality" by local authorities. It was in effect from 1988 to 2000 (in Scotland) and 2003 (in England and Wales).