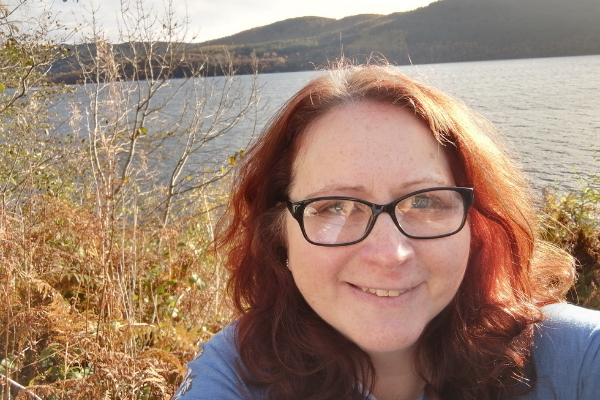 For LGBT+ History Month 2021, Susannah, one of our Progress Lifeline Control Centre Operators, spoke to us about her experience of joining Progress Housing Group, the importance of being part of an inclusive organisation, and how our employee-led LGBTQ+ Network is going from strength to strength.

It's LGBT+ History Month and, on our intranet, colleagues across the Group have been sharing some inspiring, informative, and sometimes shocking, facts and pieces of knowledge about LGBTQ+ key people and events throughout history.

The posts have got us all talking and engaging and have really raised awareness of LGBTQ+ history, as well as current affairs.

As a member of Progress’ LGBTQ+ Network Group, I wanted to tell you a little more about the network, and my reasons for joining.

Prior to joining Progress Lifeline in December 2019, I had never been part of a large team at work, and my new role would be a change from anything I had done previously. Understandably apprehensive and wanting to make the right decisions, I spent some time researching not only the role I was applying for but also the company.

Whilst nothing particularly stood out about supporting LGBT+ employees on the website there was, amongst other positives, an acknowledgement of, and support for, equality and diversity within the workforce and policies. No red flags for me - so I applied.

As someone who is Bi and married to a woman, I have previously had to answer plenty of questions about this. And coming out to people, with the inevitable questions regarding being Bi, has become the norm. My hope was that Progress would prove to be somewhere less questioning, more open and accepting. Perhaps as part of a large team, I could just blend in without having to almost justify who I was.

Fast forward to now, it’s February 2021 and I am happy to say I have never regretted my decision to join the company and the Progress Lifeline Team!

I feel very lucky to be part of a diverse team of people from many different backgrounds, experience and circumstances. I have colleagues within Progress Housing Group who are part of the LGBT+ community, which is a first for me, but more importantly, I really feel that I am part of a fantastic team and company!

Joining the LGBT+ Network at the Group

Around September 2020, the creation of an LGBTQ+ network for colleagues at Progress was mentioned to me and I was asked if would I be interested in getting involved. I was slightly hesitant - not knowing what to expect - but the answer was… yes!

If, as an applicant back in December 2019, I had felt that the organisation came across as neutral on the topic of LGBTQ+ support when I first looked at Progress as an employer, then the presence of an LGBT group may have helped to change that. Although I hadn’t had a particularly negative work experience previously, due to being part of the LGBT community, just knowing there was support for an LGBTQ+ network group gives some reassurance that an employer is inclusive and supports the community.

I already knew I had LGBT+ colleagues and the network became a way to connect with other people from other departments that I wouldn’t normally meet. Also when the current COVID-19 restrictions are lifted, there is no doubt that the social aspect to meeting people is something for us all to look forward to.

The group is already growing. We have had a couple of guests join us at recent meetings and share with us their experiences of establishing a network as well as building links for future collaboration.

I will always be grateful that the vacancy at Progress Housing Group came along at the right time for me and with the right company. This has allowed me to develop and grow as a person but also meet some amazing people along the way!