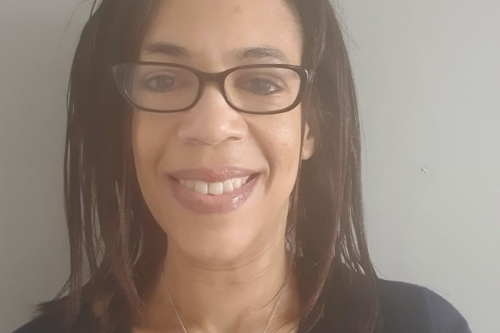 As part of a series of Black History Month articles, we speak to Tola, our Head of Operations (Income and Communities) about equality, diversity, inclusion, and belonging

As a person of colour what does it feel like to work at Progress Housing Group?

Firstly, I can only speak for myself. So, when I saw the job advert for Head of Operations (Income Collection and Community Safety), I thought - I like the sound of that. I did a bit of research on the Group and liked the values and what the Group stood for, but I did notice there seemed to be a lack of visible racial diversity in the senior management team, but that didn't put me off. I think that visible diversity is important however, having colleagues with the right attitudes is important too - having colleagues that actively consider diversity in all they do and do whatever they can to promote racial harmony. I have been at Progress for three months now, and pretty much everyone I have met has been warm, helpful, and welcoming, and that means a lot.

What are your feelings about Black Lives Matter and the response to George Floyd's death?

Black Lives Matter means a great deal to me, and I joined the protests and march in town (Manchester) earlier this year with my son. Kneeling on the ground in absolute silence with thousands of other people in the middle of Albert Square on a Sunday afternoon was humbling, moving, and extremely powerful. There was a strong sense of togetherness that I had never felt before. It is so important that all people, but particularly our young people, take a stand and make their voices heard. Enough is enough. But we can't take our eye off the ball. We have to keep protesting and pushing for things to change - there is still a long way to go as far as I am concerned.

What conversations, if any, have you had with others inside or outside of work?

I have had lots of conversations outside of work and a couple in work. A relative rang me just after the murder of George Floyd. He was horrified but confused as he didn't realise that racism was still such a huge issue. He was asking me about my experience and how I felt. I was honest with him and voiced my concerns - particularly for my son. He was genuinely upset and just didn't understand why some people were actively discriminating against others because they had a different skin colour. We had never spoken before about racial issues. He is an older white man, and he had never experienced it. We probably wouldn't have had that conversation, if the horrific death of George Floyd hadn't been publicised so widely.

What would you say to colleagues who might be hesitant to discuss Black Lives Matter with you or other BAME employees (either unsure what to say or worried they may say the wrong thing)?

I would say, please talk, please ask, please don't say silent. There has probably been too much silence. It's only by talking that we can better understand each other and break down the fear and barriers that exist and effect change.

How do you feel about terms like BAME? What advice would you give to people who are unsure of the 'correct' terminology?

I don't love some of the terminology around race and ethnicity, and I don’t identify with the term BAME. But, it's just terminology. I don't get the terminology right all the time - again, I would say ask and educate yourself.

Have you experienced racism in the course of your employment?

Yes - but not overt. Sometimes it's a question of perception and what one person considers as racism; another doesn't. If you perceive it, then that's what it is. Racism in the workplace can often be subtle. Sometimes a person may not even realise they are being discriminated against. When recruiting people - the question is often asked - (privately) will this person fit in with the existing team? Well, if this team were all a similar age and background and the person being interviewed isn't… then what does that mean?

What, in your view, could the Group be doing to be a more inclusive workplace?

Ask colleagues and customers what they would like to see in place or how they could/would feel more included? An organisation can consider setting up diversity groups and have effective mentoring schemes in place. Similarly, we can analyse our data and work out where there is underrepresentation and then work up a plan to improve. The Group could work with organisations that can help do this - there are lots out there. We can show our commitment to diversity by having a board champion - if we don't have one already - and recognise and celebrate our differences. We can do more in terms of recruiting more people from a culturally diverse background. We also need to be brave and work as hard as we can to ensure our practices are not discriminatory.