A project which aims to unlock the potential of future leaders by championing diversity has been nominated in the National Centre for Diversity Grand Awards 2020.

Achieving and Harnessing Board Diversity, which is being pioneered by Progress Housing Group and Together Housing Group in partnership with Housing Diversity Network, has been announced as a finalist in the Most Innovative Equality, Diversity and Inclusion (EDI) Initiative category. It was previously highly commended in the Best Diversity Scheme category of the Diversity in Housing Awards and highly commended in the Equality, Diversity and Inclusion Team of the year category of the Housing Heroes Awards earlier this year.

Jacqui De-Rose, Group Chief Executive of Progress Housing Group, said: “Our board developed the Achieving and Harnessing Board Diversity project with Together Housing Group and the Housing Diversity Network to enable underrepresented people to gain access to non-executive board training and opportunities and to tackle inequality and promote diversity.

“Since its conception, the project has already ensured wider representation of our society and communities and is building strong governance for the future. We are very proud to be a part of this initiative and absolutely delighted it is being recognised with a national diversity award nomination.”

Mushtaq Khan from the Housing Diversity Network added: “Board diversity has been a pressing issue in the housing field for years. All the evidence states that diverse boards and executive teams make better business decisions, which leads to improved customer satisfaction. We’re delighted to be at the forefront of this initiative and encourage other organisations to become involved.”

Michelle Park, Together Housing Group Board Diversity Champion has also been shortlisted for the Board Member of the Year award after overseeing changes to the organisation’s approach to Equality and Diversity.

Michelle said: “I am honoured to have been shortlisted in these awards and I am delighted that the project has had a lot of recognition for how it is working towards improving board diversity. We believe that our tenants’ diverse communities deserve to be represented by diverse board members. It means we can value and respect the contributions of everybody in the communities in which we operate.”

The winners will be announced at an awards ceremony on Thursday 16th January at Hotel Ibis in London.

If you want to find out more about joining the pilot, contact Carla Olfin at carla@housingdiversitynetwork.co.uk or call 01484 652606. 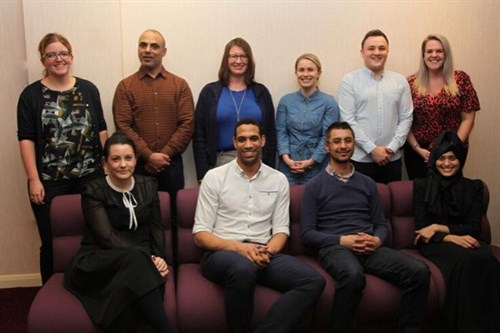