Development of extra care scheme in Lancaster gets underway

Progress Housing Group has recently taken ownership of a large plot of land from the University of Cumbria. The land will be developed and host the city’s first extra care scheme for people aged 55 and over.

The site currently makes up part of the university’s Lancaster campus and houses several accommodation buildings, a former office, classroom buildings, a theatre and an art school. These facilities have been or are in the process of being relocated to other parts of the campus.

Progress Housing Group has been working with partners, including Lancaster City Council, on the development plans for over 18 months and intends to demolish most of the buildings on the site, replacing them with a 92 unit extra care scheme. The existing ‘Hornby’ and ‘Barbon’ buildings will be converted into 16 one and two-bedroom general needs flats.

Discussions with Lancashire County Council are ongoing, but the scheme will be for residents aged over 55 who are expected to need varying levels of care. A care provider will work from the building, and the scheme will incorporate additional features such as assisted bathing, spa bathing, hairdressing facility, a games room, roof terraces and a laundry room. The housing provider has also brought an interior designer onto the project to ensure that the communal areas are modern, contemporary, and sensitive to ‘dementia design’.

Subject to final planning consent, the Group will soon be looking to tender out the works package with a view to starting on site in March 2022. It is anticipated that the work will take approximately two years and that the extra care scheme will open in Spring 2024.

Bernie Keenan, Progress Housing Group’s Deputy Chief Executive, said: “We are delighted that the lease for the land has now been signed and that work can soon commence on this fantastic new facility for the people of Lancaster.

“It will be the first extra care scheme in the city, and with an ageing population, it will represent an important addition to the services available for older people in the area. As a significant new housing development on brownfield land near the heart of the city, it will also provide a significant contribution to economic growth and regeneration in the area.” 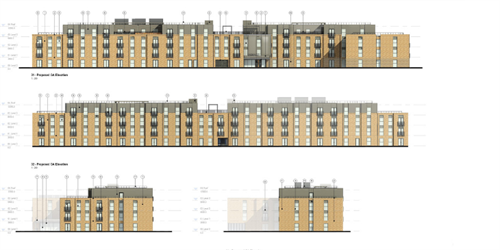 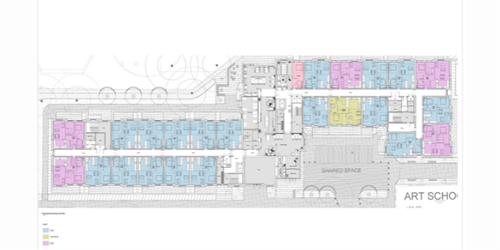