Blog I Ramadan and the Islamic faith

Ramadan is the ninth month of the Islamic calendar and is observed by Muslims worldwide as a month of fasting, prayer, reflection and community.

Tauseef, our Progress Connect Officer, has written a blog on the Islamic faith and the Five Pillars of Islam. He also shares some of his family's recipes.

Islam is the fastest-growing religion, with nearly two billion followers all over the globe.

You have probably heard about Islam through the media, conversations with a friend or coworker, or perhaps you stumbled upon it while browsing the web. Although Islam is the second most followed religion after Christianity, it is also one of the most misunderstood.

'Islam' is an Arabic term that means to submit one's will to the will of God. Islam is a monotheistic religion that teaches that there is only one divine being, one supreme creator of the universe. Muslims believe that Islam is the true religion of God revealed to humanity. It is a universal religion that anyone can practice at any time, in any place. The central concept of this way of life is total submission to God.

Islam is a complete, holistic way of living covering every aspect of life. Islam leaves no stone unturned as it teaches how to behave in every area of life: individual, social, material, moral, ethical, legal, cultural, political, economical, and global.

There are five pillars of Islam

Tawheed is the first and the most important pillar of the five pillars of Islam. Believing and acting on this pillar is the key to entering Islam. To become a Muslim and enter into the fold of Islam, a person must pronounce the testimony of faith

Zakat is the third pillar of Islam. The act of zakat is defined as giving a set proportion of a Muslim's wealth to charity. It is regarded as a type of worship and self-purification. The amount is typically about 2.5% of a Muslim's total wealth.

Fasting in the month of Ramadan is the fourth pillar of Islam. It refers to the practice of abstaining from eating food, drinking liquids, and having intercourse from the break of dawn until sunset.

It is one of the most significant forms of worship in Islam, and it demonstrates unity among Muslims.

Here are some recipes Tauseef and his family enjoy and wanted to share: 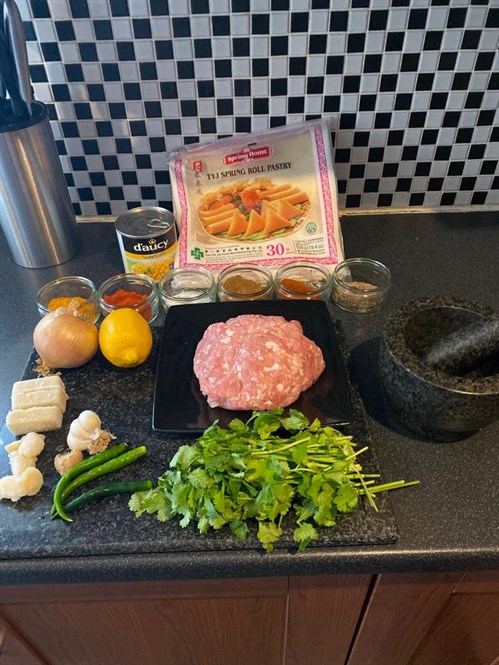 Dice the onions into small pieces and add to the sunflower oil in a pan. Fry until lightly golden brown, and then add the garlic and ginger paste and further cook for about 1min. Add all the spices, salt and pepper to taste, and the chopped green chilli.

Add the minced chicken and allow it to sear, then turn the gas onto a low flame and cook for a further 30 minutes until the water has almost evaporated and the chicken is cooked. At this point, add the drained sweetcorn, chop half the bunch of coriander, and add to the chicken mix. Add the juice of a freshly squeezed lemon and turn off the heat. Allow the mix to cool at room temp for about 30mins.

Prepare the plain flour and water paste (as instructed in the ingredients list). Spoon about 2 tbsp of the chicken mixture onto one sheet of filo pastry and roll. Use the flour paste to seal the ends. Once the rolls have been prepared, then deep fry in hot oil until the rolls are golden brown. Serve with plain greek yoghurt (or add a spoon of mint sauces for that extra kick). 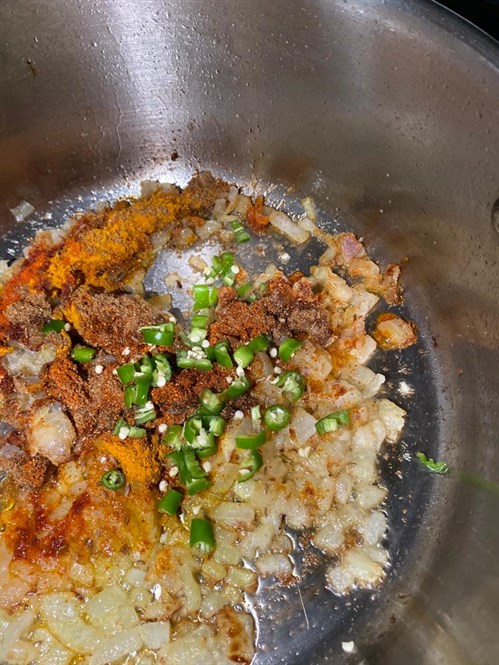 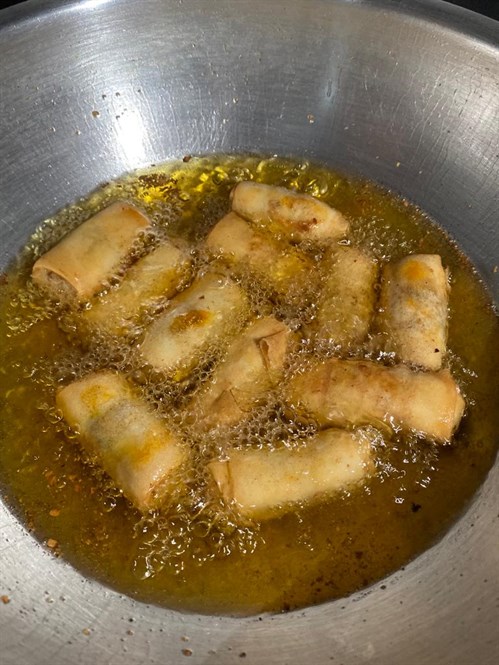 Add 1 cup of gram flour to a bowl. Add a levelled tablespoon of salt, 1 teaspoon of coriander powder and add small amounts of water to get a thick paste. Chop a bunch of fresh coriander and one fresh green chilli. Two large onions in fine slices and one large potato in thin slices and cubed. Add the paste and mix well. Spoon a tablespoon onto the hot oil that makes one Onion Bhaji (Pakora) and cook until golden brown.

You can add extra veg, spice or salt if desired.